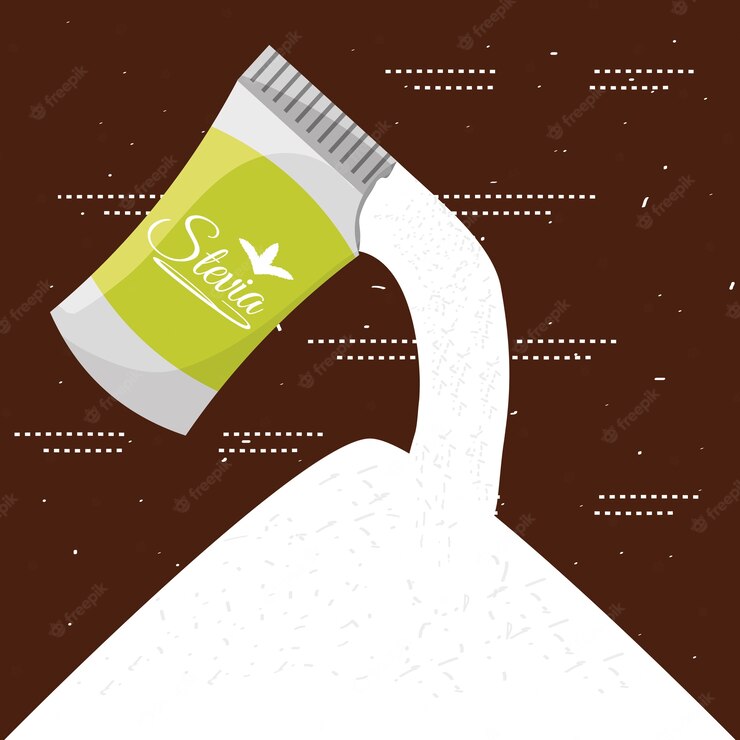 Diabetics must carefully control their food consumption, which includes eating the right foods at the right times, eating high-quality foods, and monitoring their carbohydrate intake. Limiting or eliminating added sugars is among the important strategies. The American Diabetes Association, The American Heart Association, and The Academy of Nutrition and Dietetics all advise using low-calorie sweeteners like stevia to help with weight management and lower blood sugar levels. 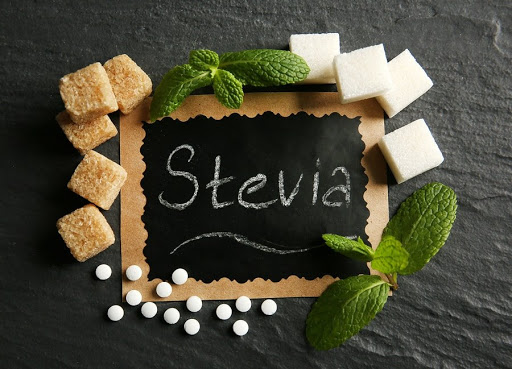 Stevia is a natural plant-based sweetener that has been used for many hundred years and can be traced back to South America. It is FDA-approved and has no calories. The plant belongs to the sunflower family and is known by the scientific name Stevia Rebaudiana Bertoni. The plant, which is indigenous to Brazil and Paraguay, has numerous antioxidant and anti-diabetic effects. 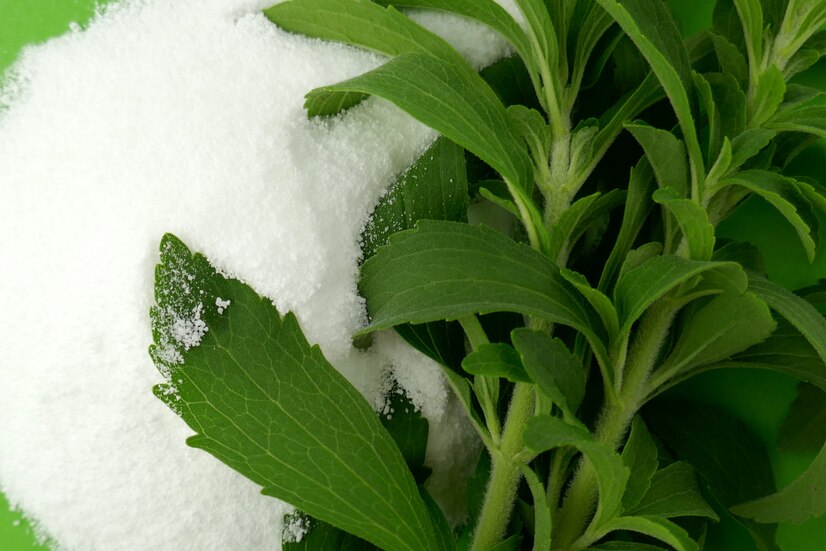 Eight glycosides in stevia are identified and purified to provide the sweetener its most natural state. As follows:

Steviol glycosides, the substances responsible for the plant’s sweet flavor, are also found in stevia. These chemicals rate 300 times sweeter than sugar in terms of sweetness. Accordingly, 20% of Stevia is needed to achieve the same amount of sweetness as other common sugars. Stevia, however, can leave a bitter aftertaste if ingested fresh.

Harvesting the leaves, drying them, extracting the water, and eventually purifying it are the first steps in the extraction of Stevia. Up to 18% of stevioside is present in processed stevia. Since stevia doesn’t include carbohydrates, it won’t have an impact on insulin or blood sugar levels.

High-purity stevia extracts have received approval from a number of regulatory organizations throughout the world for use by the general public at suggested doses. For both adults and children, the Acceptable Daily Intake (ADI) for stevia has been set at 4 milligrams per kilogram.

What causes artificial sweeteners to be harmful to diabetics?

Sugars like saccharin can alter the bacterial composition of the gut, which will lead to glucose intolerance. They can also increase your blood sugar levels. This is the first step in the adult development of diabetes and metabolic syndrome. Numerous studies have found that people of normal weight who consume artificial sugars have a higher chance of developing diabetes than do overweight people who avoid the sugars.

As a result, artificial sweeteners are not a suitable replacement for diabetics. In addition to these health problems, being overweight can also result in stroke and high blood pressure. 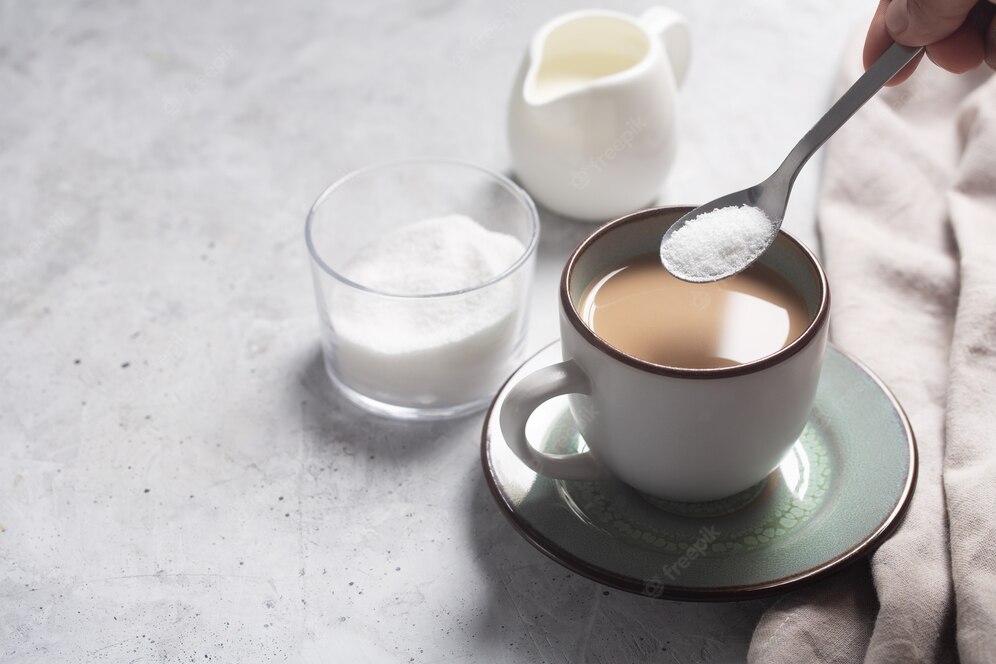 The following advantages are provided by the characteristics of stevia.

Blood glucose lowering: Stevia can lower plasma glucose levels and increase your glucose tolerance when compared to artificial sweeteners. Stevia also has no calories, which makes it quite advantageous for those trying to lower their blood sugar levels. Sucrose causes weight gain since it is high in calories. Given the variety of sugar products on the market, it is advised that you use stevia in place of artificial sweeteners wherever possible.

Stevia sweetener Earthomaya has been reported to stimulate a glucagon response and lower blood sugar levels in persons with type 2 diabetes. The hormone known as glucagon controls blood glucose levels. The mechanism that generates glucagon is frequently broken in diabetics.

For diabetics, foods with a glycemic index of less than 50 are deemed safe, and the lower the number, the better. Stevia has a glycemic index of 0, while table sugar has an index of 80. Because of this, you can use this sweet leaf in place of refined sugar without sacrificing the sweetness of your food. 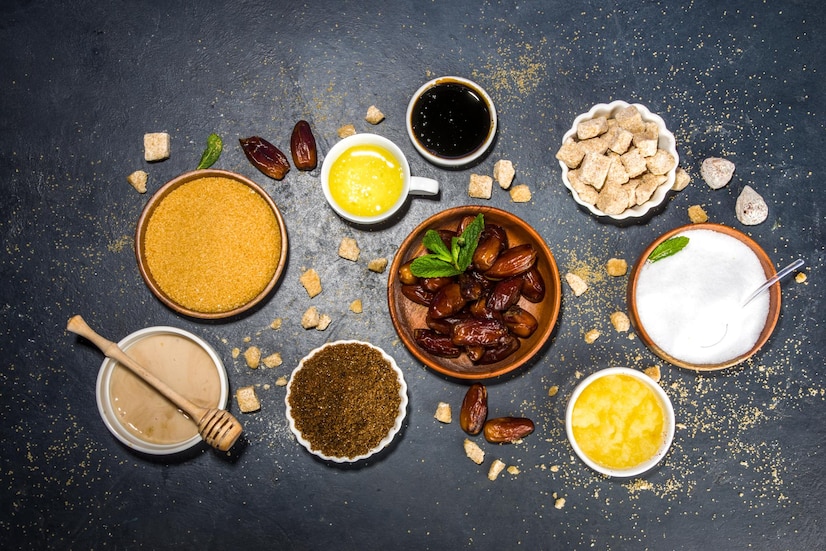 Stevia also has the following advantages:

Stevia is incredibly simple to incorporate into your diet, and you can do it at home with no difficulty. For instance, you can choose to purchase processed and packaged stevia or cultivate the plant in your kitchen garden. Three different types of stevia are easily found in food stores: extract, flavored drops, and powder. These 3 forms are briefly summarised below.

The most highly recommended stevia form is stevia extract since it is stevia in its purest form without any additional ingredients. The flavor is stronger in this condition, though, and might not be particularly pleasant to most people. The plus side is that you receive all of stevia’s health advantages in their natural state, with no added calories or effects on blood sugar.

Stevia drops: If you think plain water is dull, try adding a few drops of this extract to your glass of water. You won’t have to worry about the sweetener’s effect on your blood sugar, and your water will taste much nicer.

The most popular type of stevia on the market right now is stevia powder. To make it behave like sugar, other components are added to it. It has less than 0.5 g of sugar per serving, which the FDA considers to be calorie-free. Before using, it’s critical to understand the additives that have been added to this stevia in order to prevent problems and choose the best product for your specific sweetening requirements.

There are various ways to utilize stevia at home. These comprise, but are not restricted to:

Use fresh stevia leaves in lemonade or sauces. For the ideal herbal blend, you can also boil stevia leaves and add them to your tea.

Creating stevia powder by drying and processing dry stevia leaves in a food processor. This powder, however, cannot be compared to products that are sold in stores. The taste of homemade stevia powder might be overpowering and it is discolored. The additional chemicals in processed stevia are what give it its white appearance and sweet flavor. You should keep the stevia powder in an airtight container after producing it so that you may use it in recipes.

Make stevia syrup for drinks by combining stevia leaves with warm water and preserving the mixture for 24 hours. Strain the water and boil it at a low temperature to produce a more concentrated syrup. This syrup has a long shelf life.

It’s crucial to keep in mind that two teaspoons of stevia equal one cup of sugar. Since stevia can have a bitter aftertaste when taken alone, it is typically combined with other sweeteners to improve its flavor. Among the frequently used sweeteners are:

Before purchasing any of the processed stevias, look at the package if you don’t want any additional sweeteners in your stevia. Additionally, many manufacturers combine various sweeteners with stevia to enable you to utilize it for a variety of domestic uses. For instance, a stevia product for baking may contain sugar, while the blend for drinking may have components that aren’t sweet.

It can be used to add sweetness to food during cooking. However, since stevia does not caramelize, it is crucial to keep in mind that it might not be an appropriate replacement for recipes that call for sugar as a component. To find out what a given product is appropriate for, it is crucial to read the packaging’s composition.

Additionally, stevia can be found in a wide range of meals and drinks, such as teas, yogurt, cereal, and sweets. Additionally, it is a tabletop sweetener. Today, stevia is a common component in more than 5000 food and beverage products. Among other things, these products include yogurts, sauces, soft drinks, confectionery, and desserts.

Who is not supposed to use stevia?

Stevia’s suppressing qualities can cause negative effects in non-diabetics who regularly consume it. A diabetic needs stevia for diabetes since it decreases blood pressure, and blood sugar, and serves as a diuretic. It is risky for someone who does not have diabetes to restrict various bodily functions. This implies that in addition to the potential for the product to have negative side effects, regular bodily processes won’t perform as they should. Additionally, stevia can interfere with other drugs, so it’s vital to let your doctor know before using it.

The dangers associated with stevia use are increased by a number of circumstances. Which are:

Although stevia is a fantastic alternative for diabetics, some people may experience elevated blood sugar levels after using it. Before taking stevia for diabetes, it’s necessary to comprehend the idea of individualism and speak with a doctor. When taking stevia, keep an eye on your health and test your blood sugar periodically.

Stevia is used with various components that may produce sensitivity in various individuals. For instance, the primary ingredients in stevia, sugar alcohols, can lead to bloating, nausea, diarrhea, and cramping. In comparison to the other sugar alcohols, erythritol, which is typically added to stevia, presents a lower risk.

It’s simple to find stevia for diabetes in grocery and retail establishments. The following brand name is one that is frequently used in sales.

Although stevia is naturally occurring, processed brands may include additional substances. For instance, it is claimed that Truvia goes through 40 stages before being marketed. Therefore, the best choice is to grow Stevia on your own and sweeten your diet with fresh leaves.

What to Know About Pregnancy Hemorrhoids